As I reported around a week ago, Germany is taking two significant steps forward in expanding charging of road vehicles, on both motorways and major federal highways.   I wrote previously about the changes to the truck toll system, this article is not as long as much less detail is available, but this time it focuses on the introduction of a new time-based charge for light vehicles, otherwise known as a vignette that will
predominantly apply to cars.   The term for that in German is PKW-Maut (effectively "passenger car toll").  However, it is not a toll, either in conventional parlance nor under European law (which counts it as a "road user charge" although it applies regardless of how frequently you use the charged road during the period of te vignette). 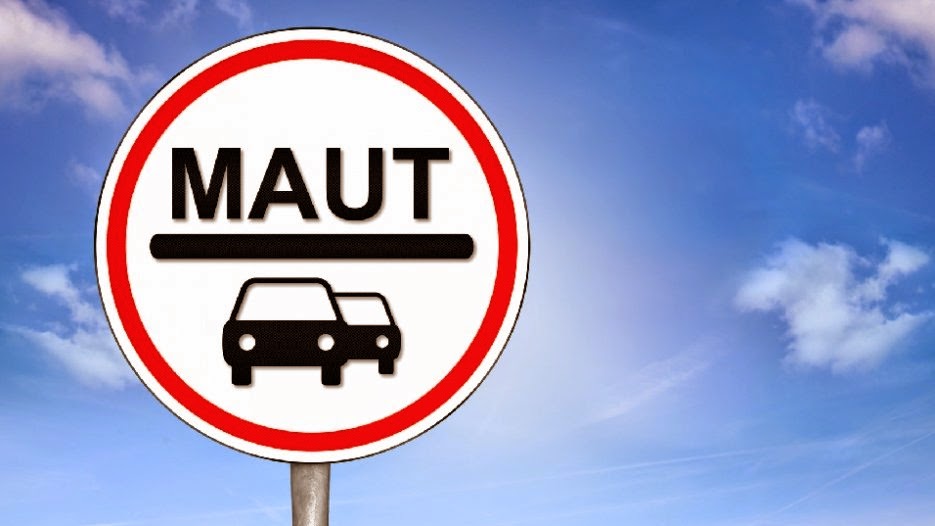 Firstly, I should say that that it applies to light vehicles (being all vehicles under 3.5 tonnes) rather than just cars, although it is unclear if motorcycles will be included.  Given the decision to expand the LKW-Maut truck toll to vehicles 7.5 tonnes and above, the obvious issue will be whether light trucks (3.5-7.5 tonnes) will be caught by the vignette.  It would seem quite strange to charge for use of the autobahns only the lightest and the heaviest vehicles, so I expect this will be clarified in the next year or so.

When and who will pay?

The website The Local reports that the Federal Government intends that the vignette be in place by 1 January 2016.  Federal Minister of Transport and Digital Infrastructure, Alexander Dobrindt (from the centre-right Bavarian based CSU Party)  is focusing on the charge applying to foreigners, although that wont strictly be true.  It would be contrary to the Lisbon Treaty of the European Union to apply such a charge only to foreigners, so it will apply to German vehicles too, but given the principle of subsidiarity means EU Member States determine national taxation, the intention is to lower Motor Vehicle Tax (an annual tax o ownership) so Germans, by and large, do not pay more.   It is notable that the idea for a vignette has long been policy for the CSU, because Bavarians are more exposed to foreign car traffic on the motorways than many other German Länder.  Mr Dobrindt is thus quite enthused about the proposal, as Bavarians have long resented having to pay to drive into Austria and Switzerland, but no such charge applies to motorists entering Germany.

This would parallel almost exactly what the UK Government has done for heavy vehicles in the introduction of its vignette.

However, I fully expect the European Commission to want to scrutinise the German plans, although light vehicle vignettes already operate in three countries bordering Germany (Austria , Switzerland and the Czech Republic).  The Austrian Government already is complaining about it.

At present, talk is about only introducing the charge on the autobahns, which given the intention to reduce Motor Vehicle Tax, would mean that some Germans who only drive locally, may gain a significant benefit  (e.g. the elderly) by simply avoiding the autobahns altogether. There may be a few cases where this effect is sufficiently distorting of traffic movements, that other roads may be included for geographical and traffic management purposes (or indeed some excluded).

What sort of products will be available?

The Local reports that besides the typical annual vignette, monthly and weekly products will be available, so that visitors (and Germans) only using the motorway for specific trips can pay less.  The article also suggests that cheaper vignettes for low emission vehicles are under consideration, although there may be difficulties in providing for a wide range of such vehicles, as the key issue is identifying such vehicles from others for enforcement purposes.

I am going to presume that the vignette will be electronic, similar to that in place in Romania and Hungary. That will minimise the administrative burden and time cost on users, but also mean enforcement will be by automatic number plate detection on autobahns.

Draft legislation is expected to be available later this year and in early 2015, during which a host of issues will need to be resolved, not least the charge levels (100 Euros (US$138) has been floated for an annual charge).

German automobile club ADAC has traditionally opposed the vignette, because it claims that only around 5% of cars on the autobahns are foreign, that it would see traffic shift to other highways and local roads, adding to congestion and accidents, and finally the vignette would be "unjust" in charging the same for a year's use of the motorways by someone driving every day and those driving only occasionally.   However, it is unclear what ADAC's view will be if the vignette only effectively increases charges for foreign motorists. ADAC has previously said that most revenue generated from road users is not spent on roads, but as a last resort it supports an increase in fuel tax.

I look forward to writing more about this proposal in due course, clearly it is a very big deal for the largest country in Europe to introduce even a vignette system for light vehicles across all of its motorways.
Posted by Scott Wilson at 19:00:00