So will Wyoming really implement road user charging for all vehicles?

Quietly, Wyoming has been investigating whether road user charging could replace its fuel tax.  On Monday 21st September, the Transportation, Highways & Military Affairs of the State Legislature will be discussing a draft Bill (PDF) to implement a "road usage charge" for the state. 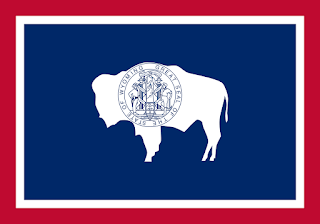 The Bill proposes that all Wyoming registered vehicles be subject to RUC, with six categories of vehicles and per mile rates as follows :

It includes provision to charge vehicles from other states by any means available to Wyoming residents, but also mileage permits (prepaid distance) or time permits.  It also proposes that any (state) fuel taxes paid be credited to any RUC account.
The draft Bill requires that there be at least one manual method of distance measurement and one means to prepay for "unlimited" distance in a given time period.
On the face of it, this is revolutionary, if it received political approval it would make Wyoming the first jurisdiction not only in the United States, but globally, to mandate RUC for all vehicles registered on its territory.
Wyoming has been investigating RUC for several months, so this is a very bold step, and it raises a lot of issues, not least being the time and effort required to set up systems for the vehicles of the entire state to switch to RUC, AND require vehicles from neighbouring states to pay RUC (noting that three Interstate Highways pass through the state and it has borders with six states, Montana, South Dakota, Nebraska, Colorado, Utah and Idaho). Although Wyoming's population is less than 600,000 it has a motor vehicle fleet of over 900,000 vehicles, so it is an ambitious and courageous endeavour, and one that shouldn't be taken lightly, because there are two big lessons from the implementation of road user charging/road pricing:
Wyoming needs to bring the public on board, on grounds of fairness and necessity AND it needs to progress a programme that will not only be acceptable to the public, but will work in terms of minimising administrative costs to government, minimising compliance costs to users and be readly enforcement.
Earlier work indicated that there is a funding gap of US$135 million per annum to maintain the network at its current standard (which is already not ideal), so it is designed to address that,
So to implement this, there will need to be accounts for all owners of vehicles in Wyoming, and then permits (or accounts) for all out of state vehicles transiting Wyoming.  That may be done with a mix of private account managers and the state, and for some vehicles it will mean in vehicle equipment, but for others it will mean recording odometer images (and for heavy vehicles it may mean hubodometers).
Now the proposal appears to have been, in part, informed by Wyoming's advisors, engineering consultancy WSP, and the draft bill raises a whole series of questions, so I thought I'd quickly give a few thoughts:
I thoroughly encourage Wyoming to be ambitious, but bring the public with you and make sure you do it right first time.  There are plenty of jurisdictions that have tried to implement road pricing/road user charging programs and failed (see Edinburgh and Manchester in the UK, Copenhagen, Finland, the Netherlands, Vancouver congestion pricing), you don't want to be the first in the USA to fail because you sought to do too much too soon.  The UK tried moving to RUC for all vehicles around 15 years ago, but it resulted in a massive public backlash that killed the idea off completely, and is only NOW being gently explored. Meanwhile, UK fuel tax revenue has not been able to be inflation adjusted since 2010.
What should be done instead?
Start with a smaller group.  Electric vehicles, plug-in electric vehicles and hybrids are a small group, but raise enough issues to start off with, and they are part of the core problem.  Sure, Utah and Oregon have kind of followed this, but you can do this within 18 months with the right direction and experience applied.
Another group would be heavy vehicles, which have their own complications, but would generate more in state transit revenue and once done, it is easier to roll out to light vehicles.
Don't rush, do it right.
UPDATE: Number of vehicles corrected.
Posted by Scott Wilson at 19:12:00 No comments: