The South Australian Treasurer announced with his budget that:

The government is intending to introduce a road user charge for plug-in -electric and zero emissions vehicles. The charge will include a fixed component (similar to current registration charging) and a variable charge based on distance travelled. Electric vehicles do not attract fuel excess and therefore make a lower contribution to the cost of maintaining our road networks. The proposed road user charge will ensure road maintenance funding is sustainable into the future. The government is consulting with other jurisdictions about the details of the proposed road user charge. Current estimates are that less than about$1 million per year will be collected by the charge. 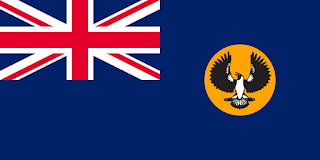 Note that the South Australian Government doesn't collect fuel excise duty, the Commonwealth Government does, and fuel excise isn't hypothecated, and you'll see that this is a clever means by which an Australian state is seeking to plan for a long term future whereby it grows effectively a new revenue source, whilst an existing revenue source for the Commonwealth Government is slowly eroded by changes in the vehicle fleet.

There is considerable wisdom in moving early on this, not least because the sheer number of electric vehicles in South Australia (I heard an estimate of 800, but I might be wrong), would mean that it is not going to be costly to implement or politically difficult when so few would face paying it.  If any jurisdiction waits till 10% or more of the fleet is electric, it will be harder administratively and politically to implement.

To date three jurisdictions globally have light vehicle RUC based on distance.  New Zealand (which has all diesel vehicles under 3.5 tonnes paying RUC and will expand this to include electric vehicles from the end of 2021), Oregon (which has a pilot for alternatively fuelled vehicles to pay RUC) and Utah.  Wyoming has announced that it wishes to follow, and multiple US states are piloting it.  South Australia would heed well to learn from all of those systems.

Infrastructure Partnerships Australia (IPA) has been actively pushing for this sort of reform, with its report in November 2019 proposing it.  It advanced three options, from Federal leadership, to State collaboration, to State unilateralism. It looks like this is the first part of the second option (and frankly the third option is difficult to sustain for states with considerable cross border traffic).  This advocacy is to be welcomed, and needs to be supported by a comprehensive programme that ensures that South Australia's proposals succeed

There are some key issues South Australia needs to address in this process, none of which is clear from the news coverage to date:

It is hugely challenging for South Australia to introduce RUC in around seven months, because the legislation needed will have to be able to adapt to a rapidly changing future. It would be a huge mistake to be confined to one single model for measuring and reporting distance, or to fail to apply the lessons of other jurisdictions, but with such a small scale of electric vehicles, it is effectively a pilot that is smaller than the programmes of other jurisdictions (e.g. Hawaii is currently piloting RUC with up to 2000 volunteers).

All I can say for now is get the policy right and communicate it well.  The world of RUC is strewn with failures from those who didn't do either. South Australia has a great chance to lead Australia on light RUC policy, but if it goes wrong, it will take years before it can try again. Ask the UK, it announced a policy to replace registration fees and part of fuel duty with a national road pricing system in 2006, and has never been able to seriously entertain it since over a million people signed an online petition against it in the subsequent two years.